Taxes in the News – Tax Reform 2.0? Plus Possible Repeal of Medical Device Tax

On July 24th the House Ways and Means Committee released its framework for Tax Reform 2.0, the 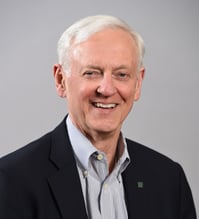 second phase of proposed legislation following enactment of the Tax Cuts and Jobs Act (TCJA). The framework focuses on these major themes:

It appears this framework is intended to be a basis for negotiating future tax legislation, similar to the framework released last spring the eventually led to the TCJA. Changing the scheduled expiration of the individual tax provisions cannot be done using a budget reconciliation process in the Senate and therefore 60 Senate votes would be required for passage. Also, since this is an election year, it seems unclear whether Tax Reform 2.0 will gain much traction in the House. Therefore, due to this election year distraction and the need for 60 Senate votes for passage, it seems unlikely that Tax Reform 2.0 will happen in 2018.

On Tuesday July 24th the House voted to repeal the medical device tax that was part of the Affordable Care Act. The vote was 283 to 132, with some Democrats joining Republicans to approve the measure.

The controversial tax of 2.3 percent on sales of medical devices made and shipped in the U.S. originally began on January 1, 2013. Then in 2015, affected businesses got temporary relief with a two year suspension of the tax. Another two year suspension was implemented in January 2018.

Since the House bill - The Protect Medical Innovation Act of 2017 - had bipartisan support, industry leaders are hopeful for the same support in the Senate. It is unclear at this time if the Senate will take up the bill and what the result may be. We will keep you posted.

Please contact your Herbein + Company tax consultant if you have any questions or need assistance on this matter.

For additional information, email us at info@herbein.com.