Background and Overview
This new law is in response to the Federal Tax Cuts and Jobs Act of 2017 (TCJA) which limits individual state and local tax deductions to $10,000 for tax years beginning after December 31, 2017 and before January 1, 2026. The TCJA does not limit the deduction of state and local taxes for business entities. This New Jersey law change is an attempt to work around the federal tax treatment of state taxes paid on business income from PTEs and state business income taxes paid by taxable C corporations. Five other states – Connecticut, Louisiana, Oklahoma, Rhode Island and Wisconsin – have also enacted similar entity-level tax on pass-through entities. The Connecticut tax is mandatory, not elective.

For federal income tax purposes an electing PTE would deduct the AIT, which would reduce an owner’s distributive share of federal taxable income from that entity. The AIT is not deductible when calculating the PTE’s New Jersey income.

Effective for tax years beginning on or after January 1, 2020, the AIT I based on the sum of the member’s share of distributive proceeds attributable to the pass-through entity as follows:

The pass-through entity members can claim a refundable credit on their personal NJ income tax return for their pro rata share of the entity level tax paid. The credit is taken after the application of all other tax credits. In addition, resident taxpayers are also allowed a credit against New Jersey tax otherwise due for tax amounts paid by the pass-through entity to other states.

For example, assume a New Jersey resident is an 80% partner in a partnership which is doing business in New Jersey and the partnership makes this election. In addition, assume that the sum of the partners’ distributive proceeds is $200,000, and the partnership’s New Jersey allocation percentage is 70%. The PTE tax related to this entity is $200,000 * 70% * 5.675% = $7,945. The New Jersey resident will only get a credit of their proportionate share (80%) = $6,356. However, as a New Jersey resident, they will owe New Jersey income tax on their entire distributive share: $160,000 * 5.675% (assuming their New Jersey tax rate is the same as the PTE rate) = $9,080. This results in a net tax due (before possible credits for taxes paid to other states) of $2,724. It is possible that the credits for taxes paid to other states may at least partially offset this remaining liability.

Corporate pass through entity members can take the credit against the New Jersey surtax, as well as their corporate business tax liability but not below the minimum tax. Excess credits can be carried forward 20 tax years.

Election and Required Action
The election is available to partnerships, S corporations, and LLCs with at least two members. In order to make the election, at least one of the partners must have a liability for New Jersey Gross Income Tax on their distributive share of such entity’s income. Thus, the election is not currently available for single-member LLCs (unless treated as an S corporation), PTEs with only corporate partners, or entities that do not have income.

The PTE entity tax return is due on or before the 15th day of the third month following the close of the entity’s tax year. (Therefore, for a calendar year end New Jersey pass-through entity the election would need to be made by March 15, 2021 for the 2020 tax year). Estimated payments are due on the 15th day of the 4th, 6th, and 9th months of the tax year and the 1st month of the subsequent tax year.

New Jersey will be working on forms, regulations, etc. in the upcoming months. Therefore, the above guidance is subject to change.

Final Thoughts and Possible Additional Action
As indicated above, this NJ law change is intended to be a workaround to the federal $10,000 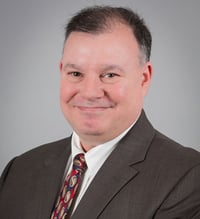 limitation on the state and local income tax deduction, which is a good thing. There should be a federal income tax deduction for the entity level tax and the pass-through entity members would receive a state tax credit. However, taxpayers should carefully analyze whether making the election and paying the entity level tax will result in a lower overall tax burden. It is possible that not all pass-through entity members will benefit from the election and there likely may be other tax considerations that could make the election undesirable.

Please contact your Herbein tax advisor for additional information or to assist with this analysis. Article contributed by David Peritz, contact the author at info@herbein.com.