Tax Relief for Victims of Hurricanes Harvey, Irma, and Maria

Tax Relief for Victims of Hurricanes Harvey, Irma, and Maria

The Disaster Tax Relief and Airport and Airway Extension Act of 2017, which was passed by Congress 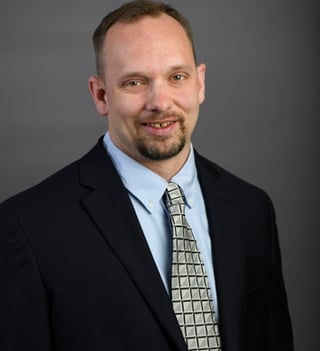 and then signed by President Trump on September 29, 2017, provides relief for victims of Hurricanes Harvey, Irma, and Maria. The tax relief provisions include loosening of retirement plan distributions, modification of the nondeductible amount for casualty losses, charitable contributions modifications, and additional tax credits for employers.

Retirement Plan Distribution Relief
A taxpayer under the age of 59 1/2 years old who takes a retirement plan distribution is normally subject to tax at ordinary income tax rates and a 10 percent penalty on the amount withdrawn. However, for taxpayers whose primary residence is located in one of the three hurricane areas, certain provisions exist to lessen the out-of-pocket tax costs. Hurricane victims who take a distribution from a retirement plan on or after August 23, 2017 and before January 1, 2019 are not subject to the 10 percent penalty. In addition, these taxpayers can choose to include the distributions as taxable income equally over a three year period. This could potentially create a significant tax savings as the federal tax system is based on a graduated income scale.

A few other points to mention with regards to the retirement plan withdrawal relief are the amounts an individual taxpayer can withdraw from a retirement account have been increased from 50 percent with a maximum distribution of $50,000 to 100 percent of the value of the account not to exceed $100,000. A taxpayer can elect not to waive the required 20 percent federal withholding at the time of distribution.

Amendments to Casualty Loss Deduction
In prior years, a taxpayer could claim an itemized deduction for casualty losses not reimbursable by insurance proceeds. However, the prior provision for casualty loss deductions required a taxpayer to first subtract $100 from the loss and further limit the deductible amount by losses in excess of 10 percent of a taxpayer's adjusted gross income (AGI). The revised provisions for victims of Harvey, Irma, and Maria reduce the non-reimbursable losses by $500. For victims of Harvey, expenses must be incurred on or after August 23, 2017. For victims of Irma and Maria, the dates shift to September 4, 2017 and September 16, 2017, respectively. In addition, a taxpayer who elects the standard deduction will be allowed to claim the allowable casualty losses incurred.

Charitable Contribution Modifications
In most circumstances an individual can claim a charitable contribution deduction on their tax return. However, the charitable contribution for certain taxpayers may be limited to 20 to 50 percent of a taxpayer's AGI. However, an individual taxpayer can make an election on their 2017 tax return to claim amounts above the AGI limitation as the long as the cash contributions are made between August 23, 2017 and December 31, 2017. A taxpayer who elects to take advantage of this provision must also receive written documentation from the charitable entity stating the funds were used for support relief in the designated areas.

Available Employer Credits
The Disaster Tax Relief and Airport and Airway Extension Act of 2017 allows an employer located within certain areas affected by Hurricanes Harvey, Maria, or Irma to claim a credit for wages paid to an employee affected by the natural disaster. Qualified wages include wages that were paid or incurred on or after August 23, 2017 and before January 1, 2018 and occurred when the business became inoperable immediately before the hurricane and ended when the business resumed significant operations. The credit is 40 percent of the qualified wages paid to an employee with a maximum credit of $2,400 per employee.

Conclusion
The Disaster Tax Relief and Airport and Airway Extension Act of 2017 will potentially assist the hurricane victims in their recovery relief. First, the Act allows individual taxpayers affected by the hurricanes the opportunity to access retirement accounts without the additional 10 percent penalty and with less administrative oversight. Second, the Act provides an employer with a tax break to assist their current employees. Third, the act provides others with the opportunity to make charitable contributions that potentially would not be subject to the adjusted gross income limitations. We at Herbein + Company, Inc. are here to assist you with any questions you may have regarding the new legislation and how it relates to your tax liability.