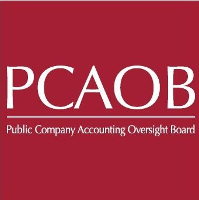 Information provided in audit reports has been largely unchanged since the 1940’s.  Looking for a way to make the audit process more transparent and the audit report more relevant, the Public Company Accounting Oversight Board (PCAOB) voted on May 11, 2016 to propose revised changes to an auditor’s reporting model.  The proposal took into account comments from the public on their original proposal released in August 2013.

Under this new proposal, auditor’s reports would retain the current pass/fail model but would provide additional information related to critical audit matters and auditor independence and tenure.

The reproposed standard of The Auditor’s Report on an Audit of Financial Statements When the Auditor Expresses an Unqualified Opinion would include the following significant changes to the current auditor’s report:

Upcoming Deadline
Comments on the proposed standards and related amendments are due by August 15, 2016.

In the meantime, the Center for Audit Quality (CAQ), which is affiliated with the American Institute of Certified Public Accountants (AICPA), supports the PCAOB’s efforts to update the auditor’s reporting model.  CAQ Executive Director Cindy Fornelli said in a released statement that the new model is “a move in the right direction.”